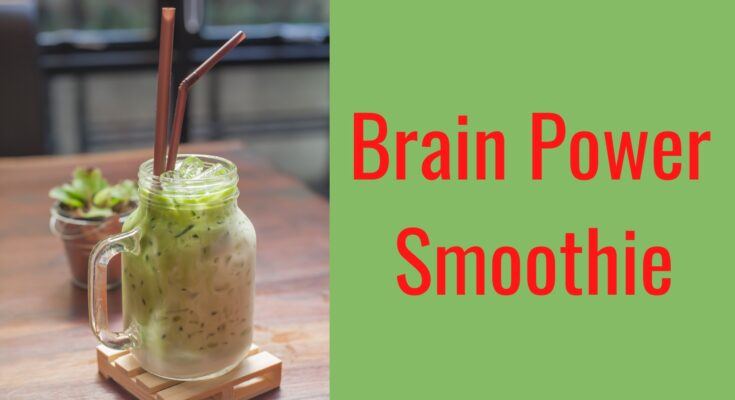 This brain power smoothie contains powerful ingredients for anyone wanting to boost their concentration and focus but is much lower in caffeine than coffee.

A series of posts on smoothies

This is the eighth in a series of posts on Smoothies. Here is the full list you can click on:

No that is not a typo or a misspelling. We did mean “brain power,” not brainpower

So, let’s set out the recipe first and then review the ingredients and what they will do for us. 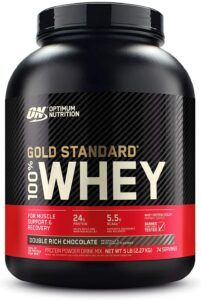 You would normally drink protein powder on its own as a milkshake. But here we are going to incorporate it into our smoothie. Protein is brain food because it is where we get our amino acids.

Amino acids are key players in the creation of numerous neurotransmitters. In short, our brains need protein to function properly. And protein powder, which is whey protein or casein protein, is a great place to get it.

A note of caution: People with lactose intolerance should be wary of these proteins because they are a dairy product.

The banana is a great source of energy. It also contains vitamin B6 and potassium. It will keep you fueled beyond just the morning hours.

Coconut is crucial for brain power and is a key ingredient in a lot of products designed to enhance brain performance, like Bulletproof Coffee or Brain Octane Oil.

Cinnamon helps us avoid spikes in blood sugar that might otherwise ruin our performance. Cinnamon also packs a lot of antioxidants to help support the brain for the long term. 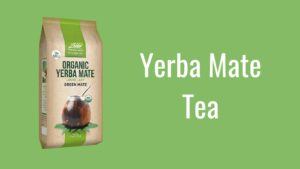 The final ingredient is Yerba Mate tea or green tea. You can get Yerba Mate from health food stores or online. Yerba Mate is not the same as green tea but has a lot in common with it, in that it also contains caffeine and l-theanine. It is, however, a more potent antioxidant.

Note that excessive use of yerba mate is associated with an increased risk of certain cancers. But this shouldn’t concern the kind of use we associate with smoothie making.

Green tea is a great option for anyone looking to enhance their brainpower. And is a better choice than coffee. To start with, the caffeine content is considerably lower in green tea than in coffee. This means that you can get a bit of a boost without worrying about stress, jitters, or addiction

Moreover, green tea contains an ideal combination of caffeine and l-theanine. When paired with caffeine, l–theanine can help attention and increase focus.

L-theanine has an effect on the brain that is somewhat the ‘opposite’ of caffeine in that it is gently inhibitory. Many people find that when they combine caffeine with l-theanine, the two complement each other perfectly. 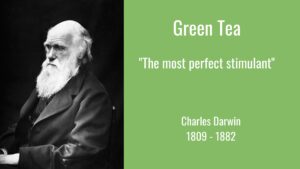 The caffeine helps to wake people up and make them more alert and focused. While the theanine helps keep them calm and prevents stress levels from going too high.

Charles Darwin famously called green tea “the most perfect stimulant.” You can’t argue with that.

Green tea also serves as a neuroprotective and reduces the likelihood of Alzheimer’s, dementia, or other forms of cognitive decline.

You can’t make a good brain power smoothie without the right equipment. So here are some things to have on hand. Make sure you have sharp knives for cutting, a good cutting board, and the following.

The blender is at the center of the smoothie universe. 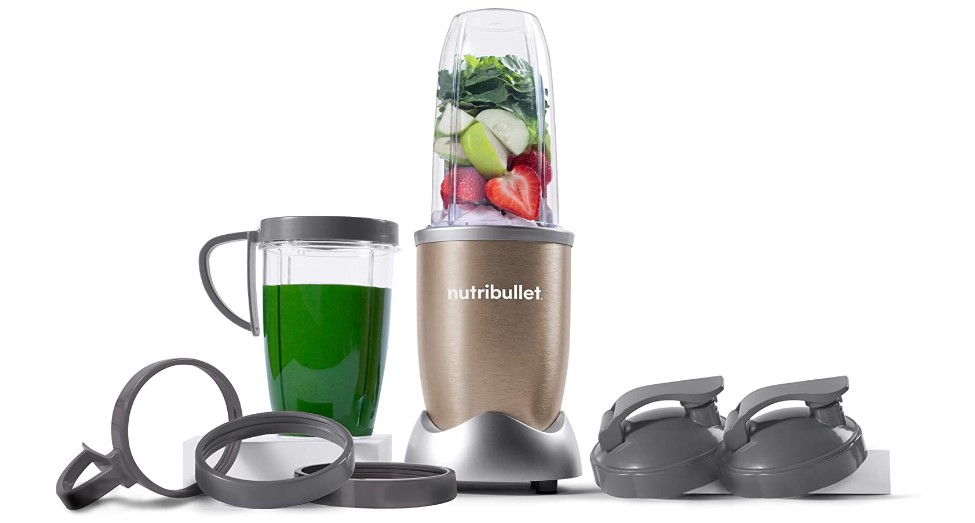 We like the Nutribullet Pro as having the best individual overall value for money out there. But it is not really big enough for making smoothies in bulk, which is what we recommend here. Click on the red Nutribullet Pro link below. 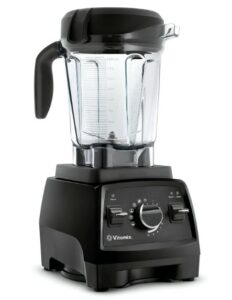 The Vitamix is the Top of the line premium choice  but, in our opinion,  there is no need to spend so much. Click on the red Vitamix link below. 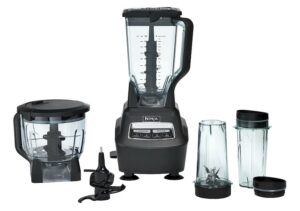 Our best overall choice is the Ninja BL770. Click on the red Ninja BL770 link below.

As explained elsewhere, we don’t like the “smoothie pack” prep. technique. We know it’s popular but, for us, it’s just inefficient. 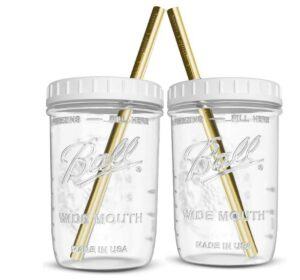 We much prefer to make smoothies in bulk (at least a week’s supply) and freeze them in individual wide-mouth, “ready-to-drink” Mason jars.

Remember to leave an inch or so at the top to allow for expansion of the liquid as it freezes.

We like the jars that have holes for straws. And you can travel with them too.

You must have a long, flexible spatula to make sure you scrape all of the good stuff out of the blender. 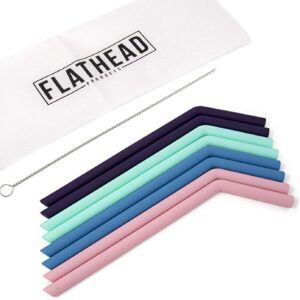 You don’t want to be throwing all those used straws away. Click on the red link below for the reusable kind.

Many of us (maybe even most of us) started out with smoothies as a way to lose weight. So, while we are not advocates of crash or fad diets, here is a great fast start introduction to smoothies and losing weight.

in the 21-Day Smoothie Diet by Drew Sgoutas,  Drew returns you to a regular diet that includes smoothies, after the 21-Day period.

Click on the red underlined link below. The program is digitally delivered.  And it has a 60-day money-back guarantee. So there is no risk to you.

And, just below the link, you can see what Amanda has to say about it. 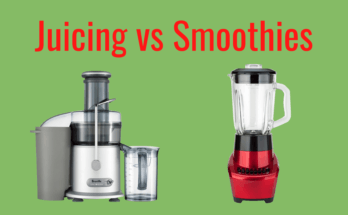 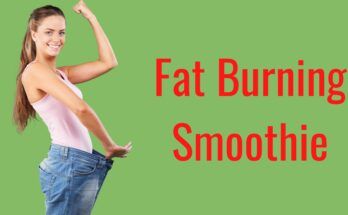 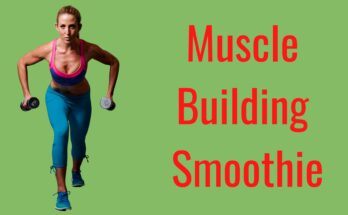